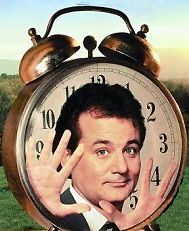 February is a lot of things.  It is the second and shortest month of the year…. sometimes with 29 days, but mostly with 28.  In leap years, it is the only month that begins and ends on the same day of the week.

In the United States (and Canada) it is Black History Month.  It is also National Bird-Feeding Month.  Go figure.  And there are some cool days as well.

February 2 is Groundhog Day.  The first Sunday of February is the Super Bowl.  February 11 is Lincoln’s Birthday, and the third Monday of the month is President’s Day (banks will be closed).  George Washington’s Birthday is the 22nd.

February 14 of course is Valentine’s Day (guys, don’t forget this).  And February 29 is Leap Day; Tigger will be thrilled.

It appears that February was the last month to be added to the Roman calendar back in 713 B.C. (previously the Romans considered winter to be a “monthless” period).  Anyway, for the next 250 years it was the last month of the  year.  Then it became the second month, and at times it had as few as 23 days in it.  Eventually, between the Julian and Gregorian calendars, they worked out the kinks.

February even has its own poem:

Thirty days hath September,
April, June, and November;
All the rest have thirty-one,
Excepting February alone
Which hath but twenty-eight, in fine,
Till leap year gives it twenty-nine.

But perhaps most intriguing to me is that today (February 9… the day after my son’s birthday) is National Toothache Day.  In reverence for this important occasion, I ask everyone to stop what they are doing at 2:30 for a moment of silence.