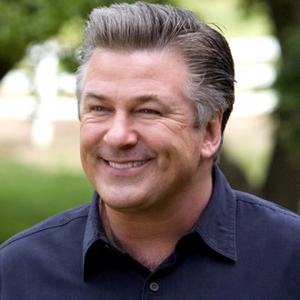 For the most part, I grew up admiring news guys like Edward R. Murrow and Walter Cronkite… and entertainment interviewers like  Steve Allen and Johnny Carson.  Even now, I prefer the skillful hands of guys like Charlie Rose and David Letterman.

So, no one was more surprised than me when I stumbled across Alec Baldwin doing this interview show on public radio.

Here’s The Thing is a “radio” podcast series from WNYC (New York) that features Alec Baldwin as the host extraordinaire (yeah, I just said that). On the show, Alec spends anywhere from 20-60 minutes talking to artists, performers, athletes, policy-makers and a wide range of celebrities. From Peter Frampton and Thom Yorke to Lorne Michaels and Patti LuPone, Alec works his special magic to get everyone he chats with to open up and spill out their life’s story.

It is always an amazing experience, and Alec is deft beyond any expectation; sometimes using his natural charm and often pushing the limits of good manners with direct and clever questions. With Here’s The Thing, you do not get the usual stuff, instead, you get the truly interesting stuff… people sharing deep emotions and personal secrets… people being shockingly blunt and in your face.

Here’s The Thing occupies its own unique space in media.  That is to say, there is nothing else quite like it.  And it is really terrific. So terrific, in fact, that I have listened to several interviews multiple times – Jerry Seinfeld, Thom Yorke, Danny Bennett (not Tony, but his son, Danny), David Letterman.

Alec Baldwin has figured out a way to cast a new light on celebrities who have spent their entire lives under the spotlight (who knew there was more to learn?) while also revealing even the most questionable of guests (James Toback?) as truly interesting and intriguing people.  And for that, I am both amazed and grateful.