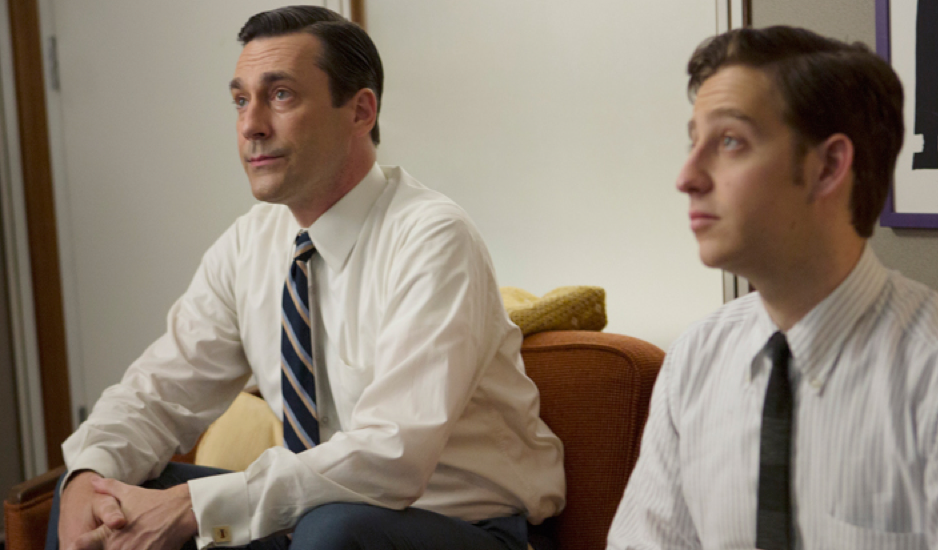 There is a great scene from the 4th episode of the 7th season of Mad Men. Peggy has just told Don Draper and John Mathis that she will need then to supply 25 taglines each for the Burger Chef pitch. John naturally submits, but Don simply recoils: “what’s the strategy?” Don asks, brows furled in absolute dismay. “Lou (Avery) likes to start with taglines and sneak up on the strategy,” Peggy sheepishly replies. “”Don’t worry, you’ll get used to it,” John adds.  Don just walks away.

And while that scene was fraught with ominous overtones and undertones, for me it was the perfect metaphor for the endless struggle of our profession: What is more important and which comes first, strategy or creative? Of course in 1969 on Mad Men, the answer was neither… media and computers were the new stars. And so it goes.

But what of this question? What does come first? And which is most important?

There is no debate that the true value of our business – the business of marketing and branding and advertising and public relations and direct marketing and social media and on and on – is in the creative. No one watches Super Bowl commercials to decode and discuss strategy. Likewise, the Clio Awards – the world’s most recognizable international advertising awards – annually recognize innovation and creative excellence in advertising, design and communication… not strategy.

But let’s be clear, even Don Draper under a cloud of doom and in a half-stooper understands that at the foundation of every great creative idea is a strategy. Otherwise it is just a shiny balloon waiting to be popped or blown away by a gust of wind. In Don’s own words, “We’re going to sit at our desks and keep typing while the walls fall down around us because we’re creative – the least important, most important thing there is.”

In the words of Freddy Rumsen, “Do the work.” Both the strategic and the creative work… not one or the other.