Curiously, a red bathing suit took the Internet by storm yesterday. California based clothing company Sunny Co Clothing put a promotion on Instagram stating that if users shared their photo and tagged them within 24-hours they would receive a code for the $65 bathing suit pictured – for FREE. 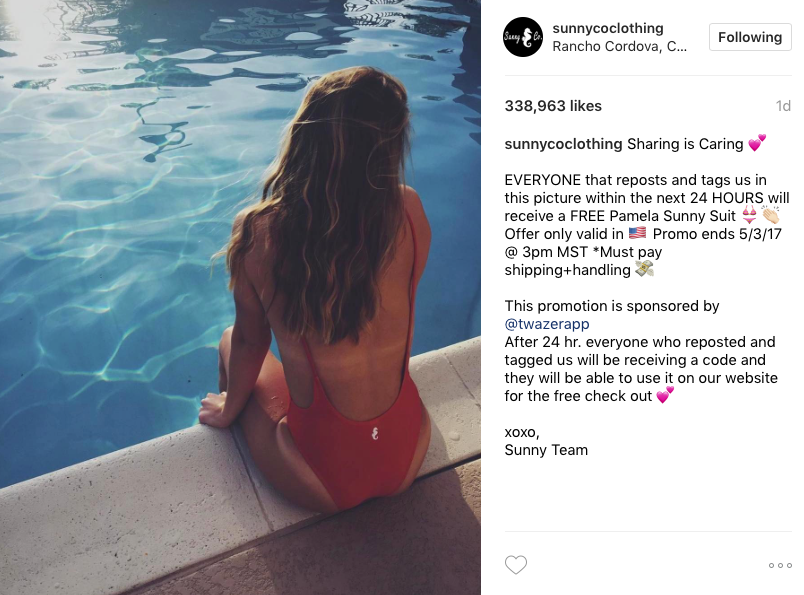 I stumbled upon the post 21 hours after the fact and decided – for the first time ever – to participate in a reposting contest… half for the free bathing suit, and  half because the social media nerd in me needed to see how this small company would pull off messaging a code to thousands of people.

Much to my surprise I got the bathing suit when they posted a second post with a code for everyone to see… right after admitting they didn’t expect this type of response. So, what did they get out of giving away thousands of bathing suits anyway?

A completely sold out inventory for all their suits, ample media coverage from pubs like E News and a social following that went from less than 100K to 785K +… not to mention the number of conversations they drove across the Internet.

And there you have it, the power of social media… and the word FREE.