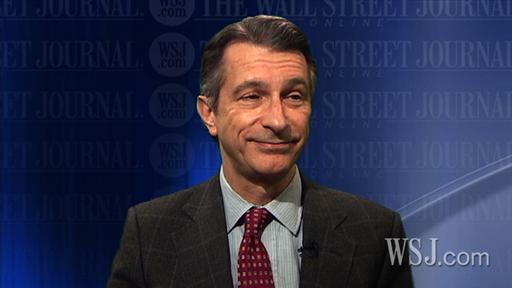 I have to be perfectly honest, I don’t know Daniel Henninger from Adam.  He is a native Clevelander, which is nice.  He’s also a Georgetown graduate, a member of the Wall Street Journal editorial staff and an award-winning journalist.

What I am not so fine with is the general idea that bloggers and the Internet are ruining journalism, presumably because the “news sources” are looked upon as renegades who  present themselves as experts (often self-proclaimed and rarely verified) and offer endless opinions as if they were facts (citing dubious sources, like Wikipedia).

Yet guys like Henninger can analogize (as he puts it) our President to the Corleone family, offering nothing but opinion (very personal opinion if you ask me), and he is still viewed as a serious journalist.  A Pulitzer Prize-winning journalist.

I am reminded of the War of the Worlds broadcast; not the movie, but the Orsen Welles radio broadcast back in 1938.  Apparently people couldn’t tell the difference between a real news report and a radio show.  As it turns out, millions of American ran from their homes, fleeing as it were, invisible martians.

Welles began the broadcast with these words:  “We know now that in the early years of the twentieth century this world was being watched closely by intelligences greater than man’s…”

Seems to me we could use a few intelligent watchdogs in the 21st century.  If citizens are easily duped by radio shows and bloggers and the Internet and the President, they are likely also duped by WSJ columnists.  And I am fine with that.  Let’s just not pretend like the “journalist” is somehow more special or more right simply because of the masthead above his or her name.

WWE superstar Stone Cold Steve Austin used to say: Don’t Trust Anybody (DTA).  Good advice for a wrestler, but not very practical for the rest of us.