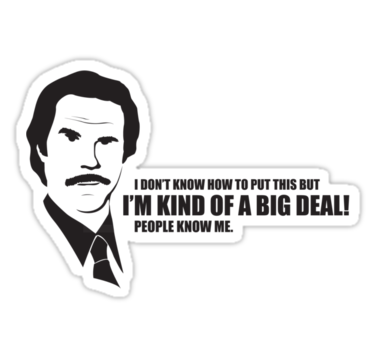 In the movie Flashback, Dennis Hopper’s character tells his young protégé “when we get out of the ’80s, the ’90s are going to make the ’60s look like the ’50s”. So would you think I am crazy if I tell you that when we get out of the 2010s, people will look at Facebook and Twitter the way people in the 1980s looked at disco and long hair? To paraphrase Nassim Taleb, if you think you understand the world and possess the ability to predict the future, you are probably wrong.

Social media has become the golden calf of marketing, with magical, mystical powers perceived worthy of worship.  But let’s be clear about a couple points:

1.  When the term social media is kicked around (and it is kicked around feverishly these days), the kicker is typically referring to two sites, Facebook and Twitter.  There is some allusion to LinkedIn and YouTube and few others (including MySpace and Ning), but generally speaking, they are talking about one or two sites.

3.  Although treated by many marketing experts as a tested and proven science, social media marketing is at best, three parts science, three parts magic and one part thin air.  And anyone presenting themselves as social media experts should come under immediate suspicion.  The fact that one has been involved in social media for a decade does not make them an expert.

[Disclaimer:  This is the point at which I like to remind my readers that I am an advocate of social media as one of many strategies for reaching target audiences.  I am simply flashing the caution light for all those who are speeding headlong into the traffic without fully understanding what social media is really all about.]

For example, Automotive News boldly announced today that Ford Motor’s global marketing chief plans to dive deeper into social media to promote new products.  On the surface – as a headline – this sounds great.  In fact, here is how the headline reads:  SOCIAL MEDIA ARE KEY TO FORD’S PRODUCT PUSH.

But what Jim Farley actually tells us in the interview is that he plans to use social media as one of many tools to promote new vehicles.  He doesn’t tell us how he intends to use social media, but he does say that his social media expenditure will now be up there with his search and digital banner advertising investments.  He fails to mention that his investments in traditional media marketing – TV and radio and print advertising and publicity and direct mail – will be massive in comparison.

To be sure, social media is a big deal.  But like the headlines of Automotive News, there’s a lot of hyperbole and misdirection you need to filter through before concluding how and when to use it.