Clorox and Method are in a heated battle over the use of a daisy, that Clorox claims it owns. 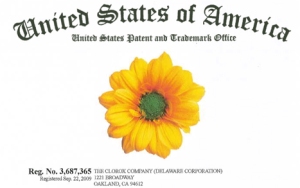 On March 10, Clorox sent a letter to the president and CEO of Method Products claiming that a recent use of a yellow daisy on a Method brand multi-surface cleaner bottle “violates Federal and State anti-dilution laws”.  This is because Clorox’s “flower design” featured its Green Works line is trademarked and “has become famous to millions of consumers and represent some of the most valuable properties owned by Clorox.” 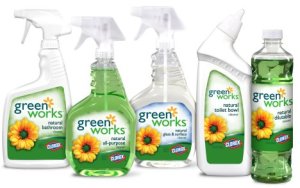 Since I don’t have a law degree, I’m not going to attempt to determine who is right or wrong in this case.  However, rather than being afraid of Clorox and removing the daisy quietly, Method has turned the cease and desist letter into an opportunity to gain the public’s support on this issue.

The co-founders of Method quickly developed a video about the issue and a micro-site (www.votedaisy.com) allowing the public to select who they believe should own the trademark of the daisy – Clorox, Method or Mother Nature.  So far Mother Nature is in the lead by 87%.

The company’s strategic response to this has already landed Method national coverage in a New York Times blog in  addition to hundreds of green web sites and blogs. Even if Method ends up having to remove the daisy, they proved they aren’t afraid of the 800-pound gorilla, they will stand up for what they believe in and great marketing can help them turn lemons in lemonade.