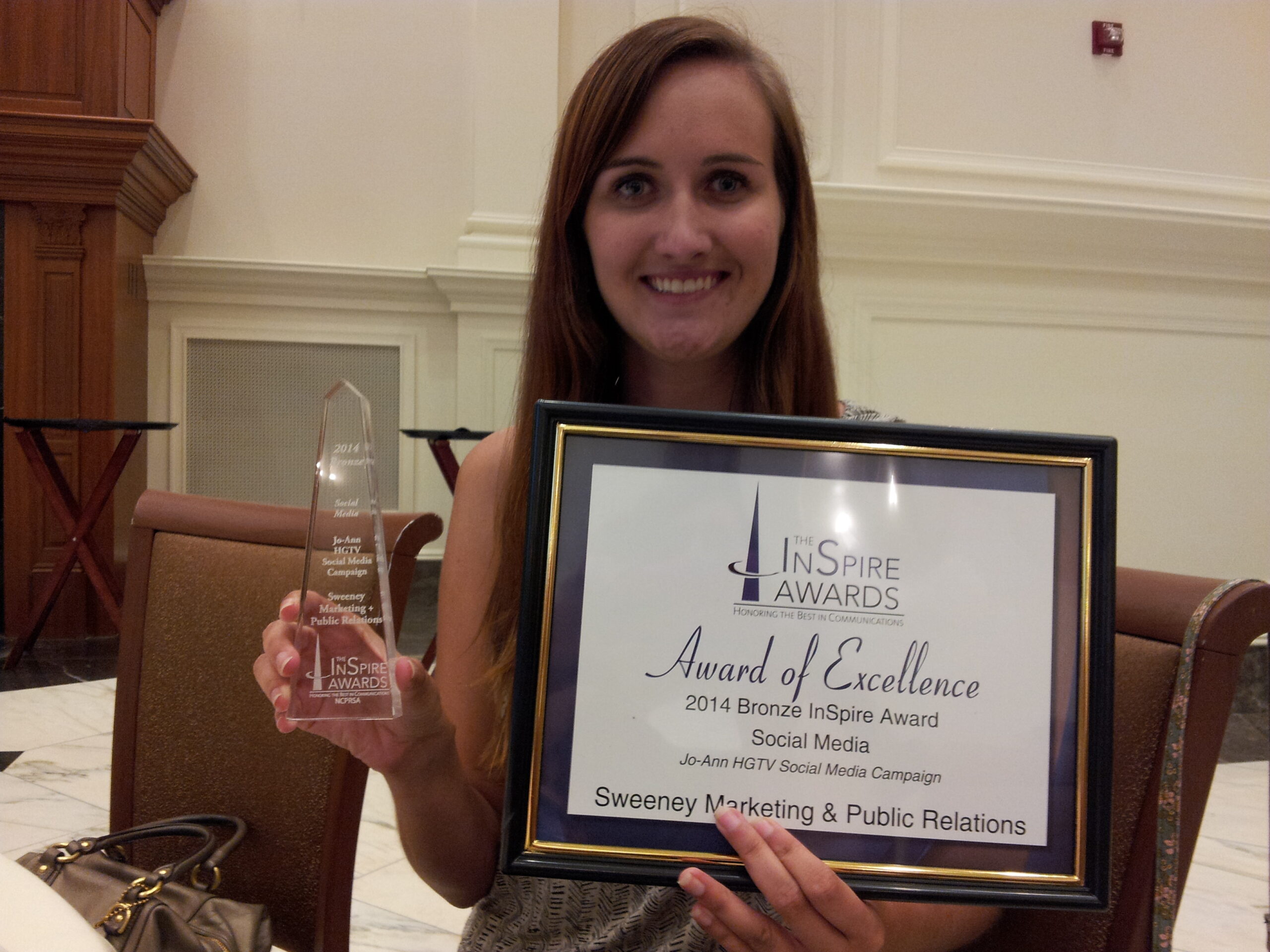 Last week we headed to Raleigh for NCPRSA’s InSpire Awards, where Sweeney was not only honored with an Award of Excellence for our Jo-Ann Fabric and Craft Stores Magic with Fabric and Trim campaign, but also an overall win for the Bronze Social Media category.

Working with Jo-Ann Fabric and Craft Stores, we developed a blogger campaign to promote the launch of the fall line of HGTV fabric that was available exclusively at Jo-Ann. Four bloggers were given enough fabric to re-decorate an entire room of their home, posting sneak peaks leading up to a reveal party on Pinterest hosted by none other than HGTV celebrity Tiffany Brooks. After the reveal, bloggers answered questions about their rooms during a Google+ Hangout. The campaign generated 16,530,317 impressions and a 47% increase in sales.

The Jo-Ann Magic with Fabric and Trim campaign has won a total of 3 industry awards, including two NCPRSA awards and a Digiday award.