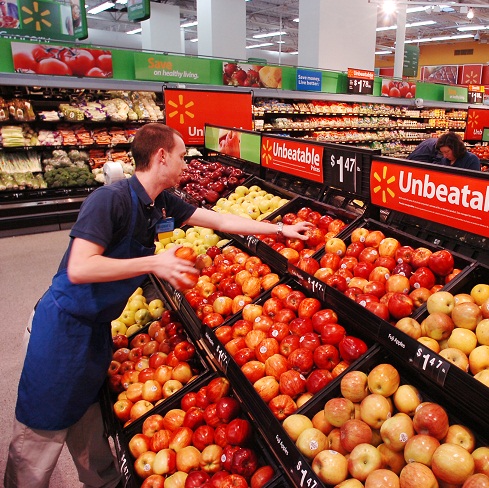 In case you haven’t noticed, Walmart is angry – presumably on our behalf – that grocery store chains are selling groceries at “regular” prices and incentivizing consumers with fuel discounts.  So Walmart is running a bunch of TV ads comparing its discount grocery prices to the regular grocery store prices.  And when I say a bunch of ads, I mean about 1,500 different TV spots for local market consumption.  According to the ads, Walmart prices – head-to-head – are better.

According to Walmart Chief Marketing Officer Stephen Quinn, “I think what’s happening with customers is that those [fuel discounts] are psychological rewards for all the work people are doing to get the lowest price. And the gas-price thing has really been effective. I guess I could say it’s irrational, but people really have responded to those gas-points programs.”

Of course it’s the consumer who is irrational.  We have no idea what the real value of anything is any more. Between discounts, sales, coupons, buy-one-get-ones and fuel perks, consumers have no concept of what’s real.  (Ironically, JCPenney took a run at ending all the madness and Ron Johnson lost his job over it.)

However, according to Consumer Edge analyst Stacie Rabinowitz, “The price-focused ads probably help with some Walmart shoppers, but surprisingly not much with the most price-focused ones.”  As for the rest of us, only time will tell.  But in the meantime, and on the bright side, Walmart and all the competing grocery stores are generously contributing to the advertising industry – locally and nationally.  So that’s something… I guess.