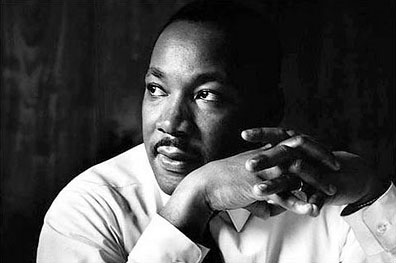 This may seem peculiar if not downright inappropriate, but please bear with me. Martin Luther King was – among other things – one of the most effective marketers of the 20th century.

Like all great marketers, he was passionate about a product; in his case, the cause of equality and civil rights.

Like all great marketers, he understood that success required more than simply taking your product to the marketplace, but instead demanded the ability to integrate it into the marketplace.

Like all great marketers, he recognized the need to identify target audiences and establish measurable objectives (I have a dream).

Like all great marketers, Martin Luther King Jr. employed every reasonable strategy at his disposal to achieve his goals, making the world his stage. Between 1957 and 1968, he traveled more than six million miles and spoke more than 2,500 times, appearing wherever there was injustice, protest and action; meanwhile he wrote five books and numerous articles. During these 11 years, he led a massive protest in Birmingham, Alabama, that caught the attention of the entire world, providing what he called a coalition of conscience, and inspiring his “Letter from a Birmingham Jail”, a manifesto of the Negro revolution; he planned the drives in Alabama for the registration of Negroes as voters; he directed the peaceful march on Washington, D.C., of 250,000 people, he conferred with President John F. Kennedy and campaigned for President Lyndon B. Johnson; he was arrested upwards of 20 times and assaulted at least four times; he was awarded five honorary degrees; was named Man of the Year by Time magazine in 1963; and became not only the symbolic leader of American blacks but also a world figure.

Martin Luther King Jr. did not create a brand or launch a product, he changed the world to the benefit of each and every one of us. Then he was unjustifiably assassinated – shot dead – on the balcony of a hotel in Memphis at the age of 39. Yes, he was only 39.

This Monday we celebrate his life with a national holiday… a day off of work for some, and just another day at the office for others. I implore you this Monday to take just a moment to think about Martin Luther King Jr. and what he meant to our world. Go to MLK Online and read his bio or listen to a speech or watch a video of his last speech, “I’ve been to the mountaintop.” Then close your eyes and give thanks to one of the greatest marketers – and men – of our time.