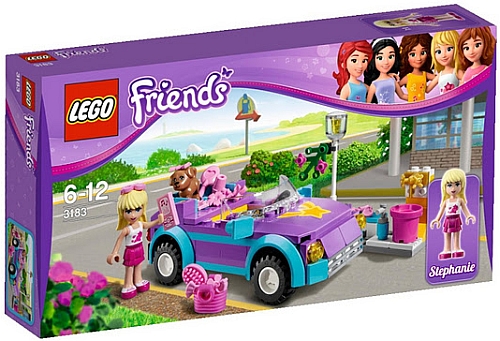 In December 2011, LEGO launched LEGO Friends targeting girls. What most thought was a brand that could do no harm, is now feeling the heat about their gender specific marketing campaign.

A pair of 22-year-old activists for girls, Bailey Shoemaker Richards and Stephanie Cole, launched a petition to get LEGO to commit to gender equity in marketing. So far they have generated 50,040 signatures. Not really something I would be worried about if I was in LEGO’s marketing department.

However, this gender specific marketing debate has sparked media and blogger attention. NPR, Huffington Post, New York Times and San Francisco Chronicle are among the media covering the story.

The argument is pink LEGOs are preventing girls from being creative. Stephanie Cole of SPARKmovement.org wrote on her blog, “I can speak from personal experience and assure you, LEGO, that girls do like minifigs. They also like Star Wars and Harry Potter, and they like being creative and making up stories that involve adventures and good and evil and things blowing up. But if you keep on excluding them from your marketing vision, soon they will start to believe that they would rather have hot tubs and little plastic boobs.”

In fact, coming from a family of three girls and no brothers, we never even owned a box of LEOGs. Sure we might play with the neighborhood boys, but it was never a toy my sisters or me wanted. If there were pink ones, I’m sure we would have been more interested.

On January 12 2012, LEGO responded on their website. Mads Nipper, executive vice president, marketing, the LEGO Group, provided the company’s rebuttal. “We want to correct any misinterpretation that LEGO Friends is our only offering for girls. This is by no means the case. We know that many girls love to build and play with the wide variety of LEGO products already available. LEGO Friends joins this global collection of products as yet another theme option from which parents may choose the best building experience for their child’s skill and interest.”

While pink LEGOs are sparking more interest (positive and negative) than the company probably anticipated, it is not enough to stop them from stocking the shelves. Sales will be the real determining factor, but with 4 years of research to back up their product line expansion, plan to see pink LEGOs on shelves for years to come.