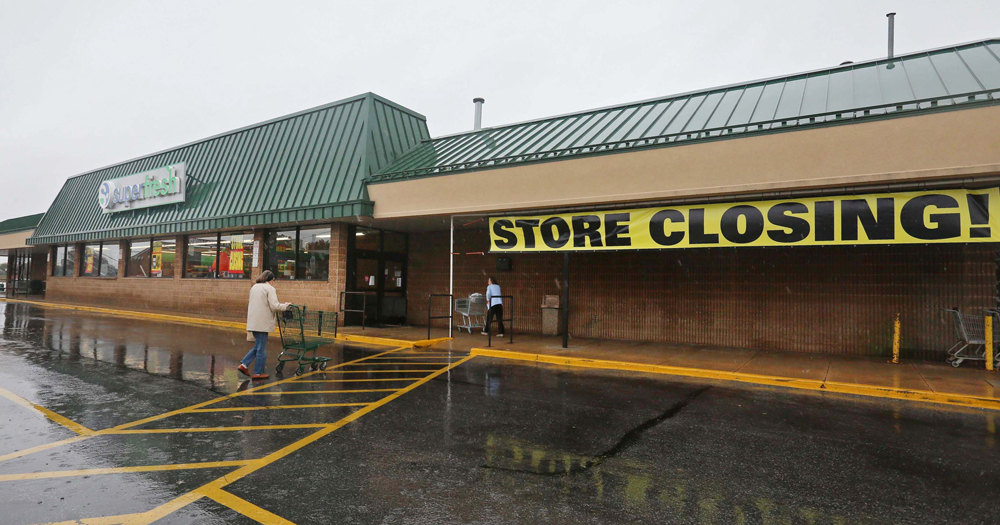 Is it true? I have  no clue, but I assume Dan Schulman knows and wouldn’t lie. Plus, as he pointed out, “Paypal is in the middle of a digital revolution that is happening right now. The world is moving towards mobile right now. The distinction between offline and online is blurring.”

And I get it. Once upon a time, open street markets gave way to physical stores that specialized in selling merchandise to an ever expanding marketplace. Rather than make the people come to the market, take the market to the people. Eventually these individual stores started clustering, which evolved into shopping centers that were typically located in far away areas that consumers traveled to (a destination). But then the population boomed and the people surrounded the faraway malls. So the malls evolved into lifestyle and community centers. The people and the markets became one, and what could be better than that?

And then along came the Internet and the ability to order virtually anything you want from your phone or laptop or desktop computer – or even a phone. No need to go anywhere; a truck or a drone or someone can bring your stuff right to you. And as consumers, there is nothing we like more than getting what we want, when we want it, where we want it, the way we want it (look up “millennial” in the dictionary). And for all this, I blame the microwave oven, the accidental offspring of one Percy Spencer, who showed us that we could heat up or cook virtually anything in a fraction of the time traditionally required. And boom, we created a planet of impatient consumers on a seemingly irreversible quest for instant gratification.

So there you go, the brick and mortar store is dead. Long live online shopping. Well, sort of.

“One in five American adults do not have broadband access at home, and also have relatively few options for getting online other than their cell phone.”

That’s a lot of people. Plus there are those who may actually want to keep shopping in a physical store. And then there is the very real possibility of an EMP event that will shut down the Internet. I guess what I am saying is that we are once again transitioning, and retailers – both online and in stores – will need to adjust. As Bert says in Mary Poppins:

Winds in the east, mist coming in. / Like somethin’ is brewin’ and bout to begin. / Can’t put me finger on what lies in store, / but I fear what’s to happen all happened before.