Employees are a major brand touch point. They can make or break your brand. Here is one recent example of how your front line employees from the cleaning crew to chefs and managers can affect your brand.

A group of my girlfriends recently headed to Vegas to celebrate a milestone birthday and just have a fun filled weekend.  Our experience at the Wynn certainly put a damper on the trip.  I think my father-in-law and my friend Sara said it best when they said “That is the trip from hell.”

It is important to note we did stay in the Wynn’s regular guest rooms not the Tower rooms, which are rated 5 star.   Nonetheless, you still expect good service and a good experience for such a prestigious brand. 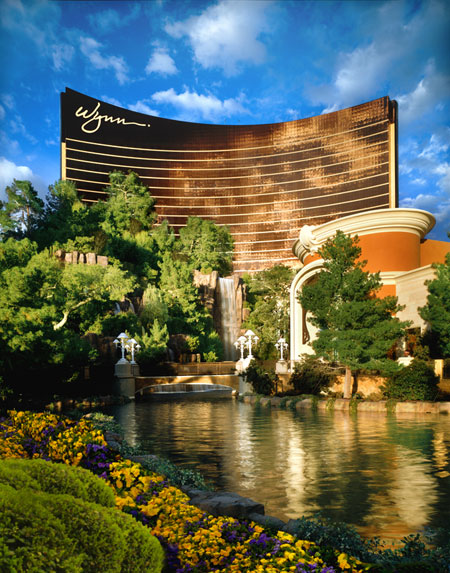 Here is an overview of our experience.

1. Check in/Baggage: When the four of us walked up to check in we told the associate our luggage did not arrive with us, and that the airport would be dropping off the baggage later that night. The associate said he just needed the IDs and credit cards for the two women whose names were on the room (he did not request the other two guests provide their names). We gave him the information and he said to just call the bell hop when we get to our rooms. We then left the desk, went to our rooms, and called the bell hop.

When the luggage arrived that night, at approximately 3 a.m., we were alerted by the front desk. The employee we spoke with proceeded to get into an argument with me saying two girls were not checked into the hotel and the Wynn should have just sent back their luggage to the airport. I told her this is not our fault. When we checked in at the front desk upon arrival the desk associate said he only needed two of our IDs (even though all four of us went to check in). She was very rude and it was unacceptable for your associate to be arguing with me at 3:30 a.m. when it was not our fault two of the girls were not checked into the hotel. The bell hop did end up delivering all four bags to the rooms.

2. Room door: When we arrived, the main door to one of the room – looking not even close to our favorite UK Oak doors, I must say – wouldn’t open. We finally got it open (by going through the other room and opening it from inside the joining rooms) and called the front desk to fix the issue. Since the door wasn’t closing we had to wait for maintenance to come before we could eat dinner, and after a long trip to Las Vegas from the East Coast, we were tired and hungry. The maintenance man couldn’t fix the door, but at least he was able to get it closed. We had to have someone else come in the morning and he was able to fix it.

3. Bed sheets: After arriving late and being exhausted, we found a stain on one of the sheets. We were too tired to call the front desk and wait for someone to come up and change the sheets, so we just put a towel over it and slept on it until we could address the issue the next morning.

4. Food: The first night at the hotel we ate at ZooZaCrackers. Shortly after eating, many of us felt sick. We came to the conclusion that we were just really tried and worn out from traveling. However, a few days later, we ate at Terrace Point Café, and again two of us became really sick. I actually had to use the bathroom twice while eating dinner. It must have been something in the food.

Also, the service at Terrace Point Café was terrible. A couple that sat down after the four of us actually got served, ate and left before we even received our meal. Then we wanted to split the bills between 4 of us, but the waiter said he couldn’t do that. Instead he needed us to tell him what each of us owed and he would just run the total per person, but couldn’t itemize the bill (the manager had to do that and he said it would take even longer). We proceed to total each of our meals/drinks.

6. Sleeping disruptions: The last night we were there, we were rudely awoken by the women next door being really loud at 7:30 a.m. It was as if they were in our room. I called the front desk and complained. They said they would send up security.

Rather than security going next door, he came banging on our door. I answered and he asked if we called for a wake up call. I said no, we called because the girls next door were being way too loud. So not only were we woken up once, but twice.

We did tell the manager about a few of these issues – check in, baggage and sheets – and the hotel left a note and a bowl of fruit in the room while we were out one afternoon. While this seems like a nice gesture, some of the fruit was bruised and it would have honestly left a better impression if nothing was done at all.

In an effort to stand up for our rights as consumers, I have sent a letter to the Wynn and also alerted Travelocity (we booked the trip through Travelocity) about our experience.  We have requested the rooms be re-funded in full because I know I will not be returning to the Wynn.  I have received automatic emails from the Wynn and Travelocity that they received our complaint and am waiting a response.  I’ll post the responses on my blog once I hear back from both organizations.