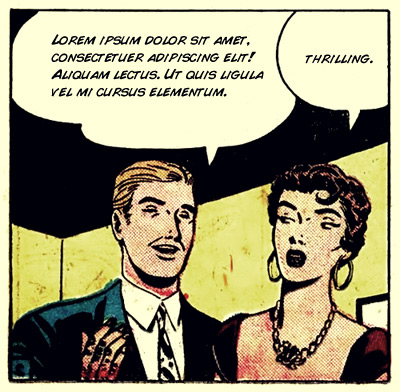 Well, I hope you’re happy with yourself.  After years of listening to a hoard of mind-numbing inbound marketing and SEO experts you’ve finally done it.  You’ve saturated the marketplace with an endless array of content.

I tried to warn you, but you wouldn’t listen.

And now, according to the Huffington Post, the jig is up.  The cup is full.  There’s no room left in the inn. We’ve officially screwed the pooch. The chickens have come home to roost.

Reports the Post, “At a certain point, so much content is being produced that each additional piece doesn’t just have low value, it has negative value. People start trying to avoid content, by filtering, by declaring email bankruptcy like early (un)adopter Lawrence Lessig, or by disconnecting altogether, like Paul Miller.”

So now what? Well, there is some good news… potentially.  According to Box CEO and cofounder Aaron Levie, IT (information technology) is about to make a critical shift.  It appears that we’ve gone about as far as we can go (at the speed we’ve been traveling) with technology.  So now the emphasis will have to be on the information.

“The interesting thing that we see occurring is, what has changed is, we’re no longer going to think of IT the same way. So IT matters more than ever before in how much it is now everywhere around us and how ubiquitous it is. But what’s going to change about it is, it’s not going to be as much about the technology– so if you think about the information technology– it’s much more about the information, and how businesses are going to take advantage of their information, and their data, to run their business,” says Levie.

So here’s the opportunity.  Stop hiring knucklehead marketing and PR and digital and advertising and social media agencies and/or employees who want to create an endless stream of content just for the sake of creating content that gets your organization “awesome” search ranking.

As the good folks up in Detroit told us three decades ago, quality is job 1.  A little bit of great content will go a lot further than a wheelbarrow full of dubious Internet fodder. And if anyone tells you different, please conference me in on the telephone call; I am only too happy to tell the emperor he has no clothes.