Apparently the toy industry has come along way since bikes, roller skates and Barbie dolls with its first app-enabled toy.  This Sunday Wild Plant Entertainment will be introducing the Spy Video Trakr, a remote controlled robot that features a night vision video camera, speakers, a microphone and a route-mapping feature, at the American International Toy Fair. 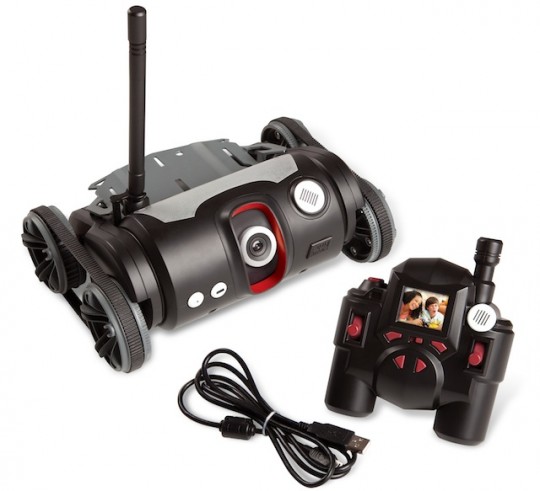 But was is even cooler is Spy Video Trakr gives kids the ability to create custom web-based applications for specific spying missions and then share the apps with other kids online.  So kids can program the toy to do exactly what they want it to do.  The news release announcing the launch uses the following example:

If they’ve (kids) created and downloaded a custom app, the vehicle can snap a picture of the person who crosses the threshold, call out “You’re busted little brother, I’ve got a picture of you sneaking into my room,” then squeal its tires and automatically navigate its way back to the driver.

The product manufacturer feels kids can create more successful custom applications than they could ever dream of and they are probably correct.  The possibilities are endless when it comes to kids’ imaginations.

However, don’t start running to Toys “R” Us just yet. Spy Video Trakr will not be available until October for $120.