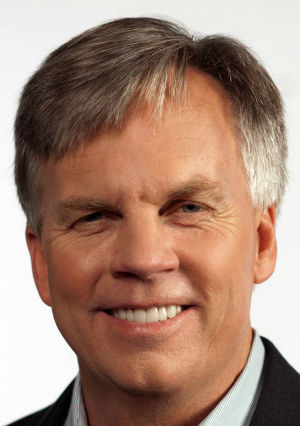 Evolution takes time.  And it is generally a very unsettling, if not ugly process.  Ron Johnson was brought into JCP to remove the shackles of a stodgy old retailer and breathe new life into an all but dead brand.

“Do for us what you did for Apple.”

And less than a year and a half into the courtship the poor shlub is out on his arse.  Why?  Oh there are lots of reasons.  But at the end of the day, only two reasons matter:  sales didn’t increase, and neither did the company’s stock price.

Johnson made some amazing and immediate changes at JCP – new look, new approach, new brand positioning.  It might be fair to say that he did more in one year than had been accomplished in the previous 100.  Think about it, who in America is not now familiar with the new red, white and blue logo and the “fair and square deal” and the everyday low prices?

And yeah, in fairness, it – the Johnson strategy – didn’t appear to be working.  Well, something wasn’t working, because Johnson agreed to “evolve” the strategy and go back to the sales he ditched just a year earlier. Clearly this guy was never entirely committed to the JCP challenge; hell, he never even bothered to move into his executive office.

And so, maybe that is the lesson to be learned here.  If you really, truly believe in what you are doing, then stay the course.  Or as my dad used to say, “anything worth doing is worth doing right.”  But the JCP Board of Directors wanted a quick fix, and they saw Johnson as a knight in shining armor who could work miracles.  As for Johnson, who knows what he was thinking. Whatever it was, his conviction seemed weak.

Anyway, just one final warning to JCP’s Board of Directors:  Bringing back Ullman – the guy who couldn’t get the job done in the first place – to temporarily replace Johnson, may be a good indicator that Johnson wasn’t so much the problem as the Board itself.